Grade 5 Music Theory waiver (not applicable in the UK & Ireland)

We are pleased to confirm that we will be offering Performance Grade exams every month for the remainder of 2021. Please check here for dates and fees. We are extending the introductory 15% discount for these exams so that it applies to all remotely-assessed Performance Grade and ARSM exams in 2021. Just enter code ABPG15SG when you book using our online service. Please also read our discount information and terms and conditions here.

On government advice, we will be following a more flexible and hybrid way of working. Although working from home is still encouraged, from 12 April we will be able to answer a limited number of calls and applicants can contact us via the Local Contact - ABRSM: Local exam contacts. We will continue to update you when further information is published by Ministry of Manpower.

Every year we provide more than 70 scholarships for talented British and international musicians to study at the four Royal Schools of Music in the UK, in addition to our core donation to each of the Schools.

Our latest article in a series of features about our former scholars focuses on professional concert pianist Bobby Chen, a Yehudi Menuhin School and Royal Academy of Music graduate who is eloquently described by International Piano magazine as "an armour-clad player of complete technique, a thinking musician, a natural Romantic." Bobby has appeared at numerous prestigious concert venues throughout the world as a recitalist and concerto soloist, including at the Petronas Twin Towers in Kuala Lumpur, Victoria Concert Hall in Singapore, the Fazioli Hall in Italy, the Wigmore Hall and Royal Festival Hall in London, Hong Kong’s City Hall and Dublin’s National Concert Hall. He memorably participated in the first-ever South East Asia performance of the complete Beethoven sonata cycle in Singapore, and debuted a new piano concerto at Cadogan Hall to celebrate Malaysia’s 50th birthday. Bobby was a soloist under Lord Yehudi Menuhin and Sir Neville Marriner, has broadcast on Classic FM, PianoForte Chicago and Radio Television Hong Kong, and has recorded with Russian cellist Leonid Gorokhov. 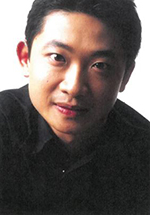 Bobby was born in Sandakan in Sabah, Malaysia, and moved to Kota Kinabalu as a young child. After being introduced to classical music by a neighbour at the tender age of seven, Bobby undertook his first serious piano lessons under the guidance of Sylvia Chong, rapidly developing his skills and gaining performance experience in Sabah and West Malaysia. Following a series of outstanding performances in his ABRSM exams, Bobby came to the attention of ABRSM’s then-Regional Consultant for South-East Asia, Geoffrey Smith, who was so impressed by his playing that he recommended auditioning for the Yehudi Menuhin School. Bobby was accepted as a full board scholar at the Surrey-based institution at the age of twelve, honing his abilities for six years prior to joining the Royal Academy of Music as an ABRSM scholar. He describes both experiences as “incredible, in that I was able to work on my music with the most wonderful international tutors. These formative years allowed me to cultivate an international outlook, and to develop full confidence in my musical skills.”

Giving back to aspiring musicians

Bobby’s desire to give deserving young musicians a chance to also benefit from the hugely positive experience he had of Yehudi Menuhin School training led to him establishing the Overseas Masters Winter Piano Academy (OMWPA) at the institution in 2010. This intensive two-yearly course enables students from Malaysia, Singapore, Indonesia, the Philippines and Vietnam to enhance their skills with individual piano lessons, sessions on general musicianship, lectures and evening recitals from expert music professors attached to the Royal Schools of Music, Guildhall School of Music & Drama, Trinity Laban, Chetham’s School of Music and the Yehudi Menuhin School itself. The course culminates with a performance from each student at The Menuhin Hall on a hand-made Fazioli concert grand. The ambition behind the course is to allow aspiring pianists to broaden their individual musical horizons, network with other talented musicians and learn more about London as a possible location for future musical studies.

Bobby’s advice to young musicians is: “Whatever you do, it is incredibly important to be as adaptable, innovative and resourceful as possible, and to always cultivate and use a wide skill set. It is vitally important that you develop your all-round musicianship skills, and not just know how to play your instrument.”

Looking to the future

Bobby’s busy international schedule for the 2017-18 season include a concerto in Kuala Lumpur, recitals in Luxembourg, Ho Chi Minh City, Manchester, Bath and China, and trips to Malaga and Lidköping for chamber music performances. This year he is also composing a short piano-based work to celebrate Malaysia’s 60th anniversary, to be premiered in London.